I had a version of this script sitting for months, I’m finally getting to it. I found this game by accident, and I am glad I did. A simple racing game with a vibrant distinct aesthetic, great music, and fun graphics. I found this game on itch, it already has a fully-funded Kickstarter, so let’s take a look, shall we?

Victory Heat Rally accomplishes its pseudo-3D style by using a lot of math and visual trickery, and – I’m here for it. Granted I had to turn on smoothing in the options menu, but the game’s visuals are so unique, well-defined, and blend together with the world so well.

Victory Heat Rally is currently available as a demo, although the developers have indicated that they have begun work on the full version. Still, I imagine it would be at least a year or two before it seems a full, stable release. There were a few graphical errors here and there, mostly minor though.

I want to start this look at the core visuals. Everything in this game is a 2D Sprite. The game does quite a lot of math and has some clever tricks to immerse the player into this world. The way you can have all the bells and whistles that you would get from a 3D Racer but in 2D! It is stunning.

I know I continue to compare it against its 3D counterpart. I cannot ignore how well the scaling, rotations, and multitude of other transforms are all working in harmony to generate such a beautiful, and intriguing world.

Again everything is 2D! This reminds me of learning about how older generation games would often push up against the limit of their hardware to deliver stunning innovative visuals.

I would place this game in the same vein, as I have not seen another game come even close to providing the experience that this game does so effortlessly.

This game takes its inspiration from a Miami-inspired, retro wave style. No complaints from me. I would very much like more. And I’ll put it in this section. These influences are littered throughout the entire game, its art, music, everything.

There are only a few background music tracks for each of the stages. Each was unique and fit the theme of the stage. All the music sounded cohesive, and that final track really accented that ‘gotta go fast’ feeling.

The sound effects were so satisfying, All of the clicks, clacks, blips, and bloops. Everything felt so well and arcade-like. Hats off to the sound designers. This is a genuinely great experience just listening to all of the sounds.

From the announcers to voiceovers, the sound really took this game to the next level.

The game reduces the racing mechanics down to steering, holding accelerate, and using drift mechanics not only for an additional boost, but also to actually be able to control the vehicle when making any amount of corners.

There isn’t much else to describe. However, despite this, the game still felt engaging, fun, and it kept me on my toes. I never felt as though the game was unfair.

Though the demo tracks were short, I still really enjoyed it, and I felt like I got a good feeling about what the final product could be.

There are few things I think the developers need to look over. High on my list, is that screen-space orientation when I make a hard corner. It moves the entire track to the left or the right, and on several occasions, I found myself moving my entire head and positioning my neck in very bad positions. It became second nature after only a few minutes. It also caused a lot more strain on my eyes than I thought it would.

I very much adore the music, and the art style, and the general aesthetic. I would like the developers to continue pushing this aesthetic I think it could really make the game stand out. There were a few times when the color choices made it a bit hard to see, although it could also be from the multitude of objects flying by.

Those are my only real complaints. I’m sure when the updated demo is released I may find more, but I will definitely do a review of this game when its demo comes out.

Victory Heat Rally is a fun fantastic 2.5D racing game, that honestly feels like it's pushing the limits of 2D racers. These developers and this game, you should look out for. I recommend you go to the game’s Itch page and give the demo a shot.

After several successful outings using the -99 tag, Nintendo retires the Mario Bros. 35 battle royale in favour of a newer, rounder challenger. Pacman. A new take on the Pacman formula it delivers a fun, engaging, and customizable experience in Pacman 99 that sure to please fans and newcomers alike. 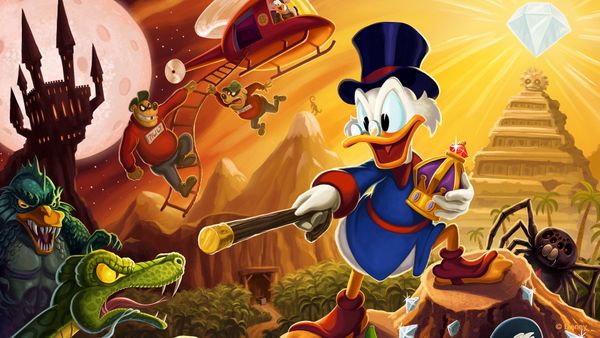 Not anymore than 2D Doom was 2D Doom. ScourgeBringer, is a fantastic dungeon-based roguelike with an aggressive soundtrack, extremely fast and dynamic real time battle mechanics. It will rope you in and keep you in the dungeons for a lot longer than you might think.